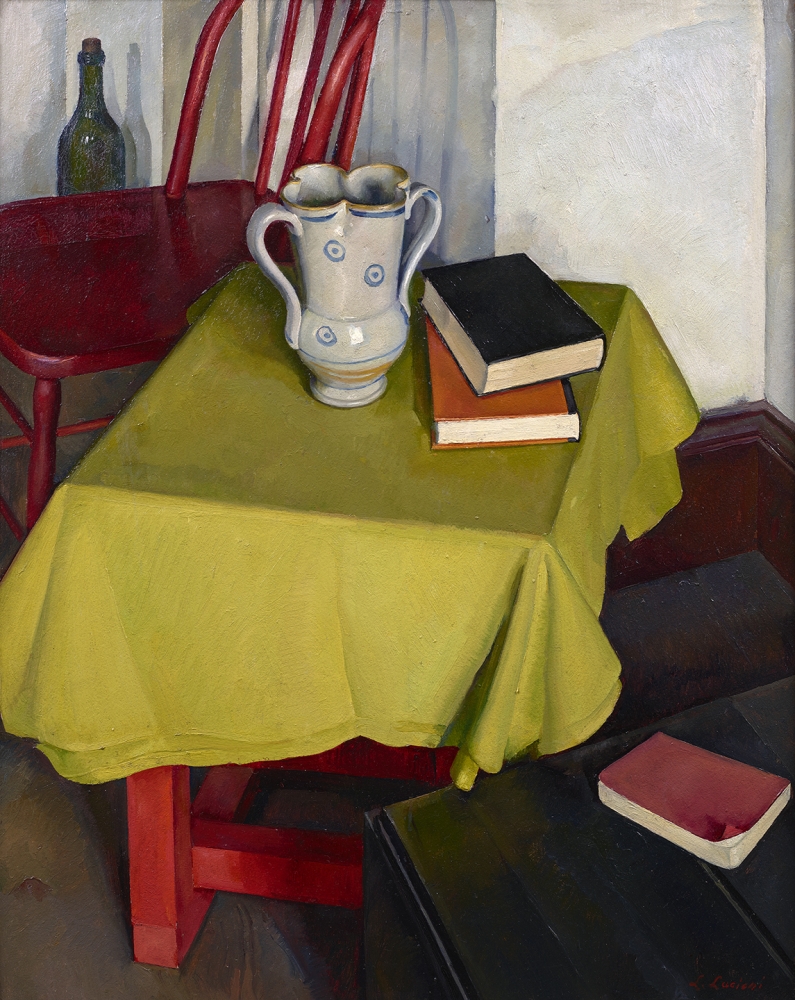 The term “still life” covers a variety of subjects within the art historical tradition.  Flowers, fruits and vegetables, dead game and other food items, along with objects such as books and writing implements; baskets, bowls, vases, and other tableware; candles, pipes, or musical instruments, have all been of interest to American artists.

American Impressionist William Merritt Chase painted still lifes throughout his career:  some darker in palette and featuring dead fish in the tradition of the Dutch Old Masters; others depicting objects from his studio.  Using both oil and watercolor, John LaFarge continued the tradition of flower painting in the late 19th and early 20th Centuries, while William McCloskey and Joseph Decker focused on fruit.  Pre-Raphaelite painters, Henry Roderick Newman and John William Hill painted both subjects, mostly in watercolor; William Glackens, as the primary member of The Eight devoted to still-life painting, did the same in oil. 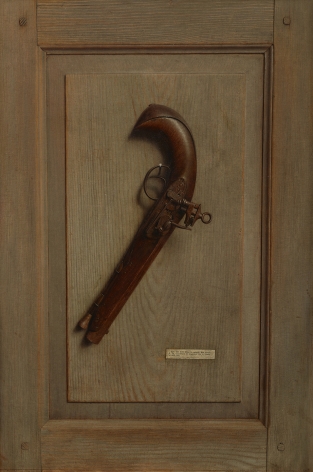 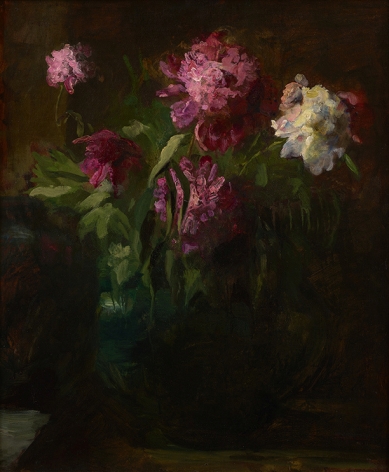 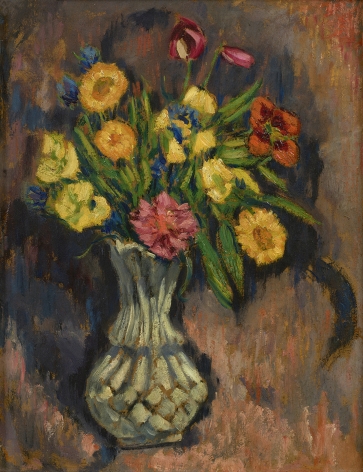 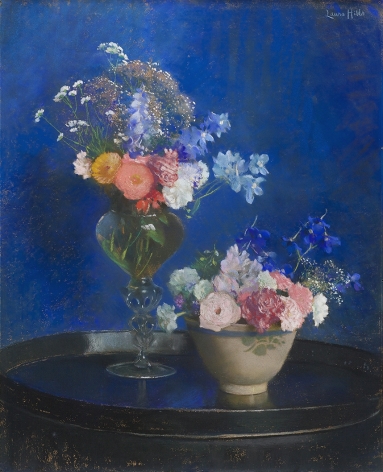 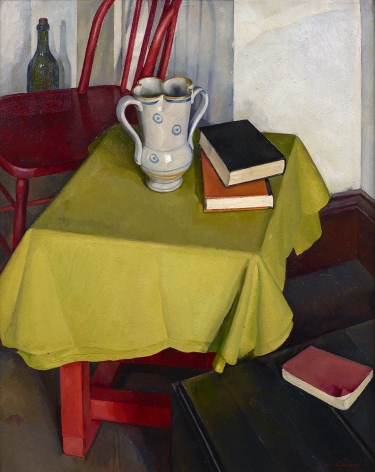 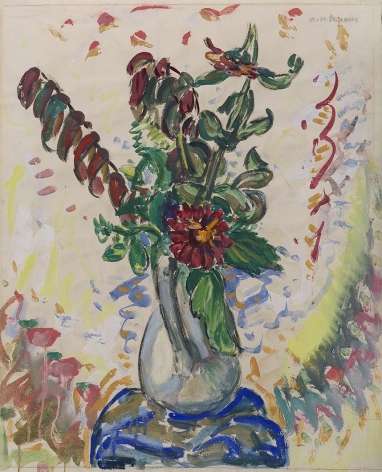 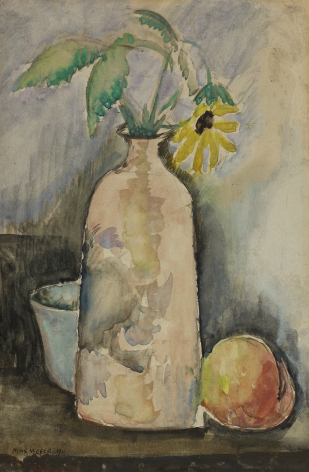